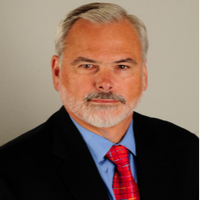 After receiving his bachelor's degree in Business Management in 1979 from Auburn University in Auburn, AL, Fred began his financial services career in 1982 with Equitable Life Insurance in Mobile, AL.

Where he earned Mobile District Rookie of the Year that same year.

In 1983 Fred began working as a Sales Manager with Kentucky Central Life Insurance, receiving further notoriety by earning the prestigious designation as a first year qualifier of the highly regarded Million Dollar Round Table, one of the most sought after awards earned in the insurance industry. As one of their top sales managers in 1985, Fred continued to be recognized for his sales and management skills , as Sales Manager, when he qualified again 1986 and 1987 for the Million Dollar Round Table .

Fred began his own Insurance practice in 1988, in Mobile, AL, where he specialized in Life and Annuity business and continued his practice until 1997.

From 2010 until February of 2017, Fred was a Regional General Agent with Midland National responsible for recruiting and retraining new general agents for the Southeastern Currid Territory. .

We are pleased to have Fred be a part of our expanding Life division at Family Legacy Group, Inc. and look forward to his direction and expertise in helping us better serve our clients.